Among internet casino players this method is also known as the "Pyramid system". It carries the name of a French mathematician, as it is based on an equilibrium theory he proposed over two centuries ago. Similar to the Martingale system, this method focuses primarily on even-money outside bets.

The D'Alembert system for roulette fits the preferences of those players, who wish to maintain the size of their bets and their losses to a minimum, because it is not very likely to earn or to lose huge amounts by using this approach. 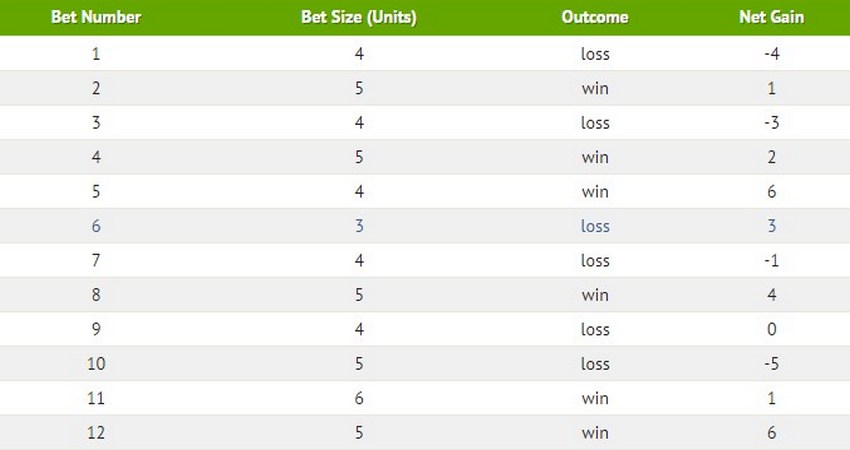 Let us see another example, which features longer strings of gains and losses. Again, the initial bet is 4 units. 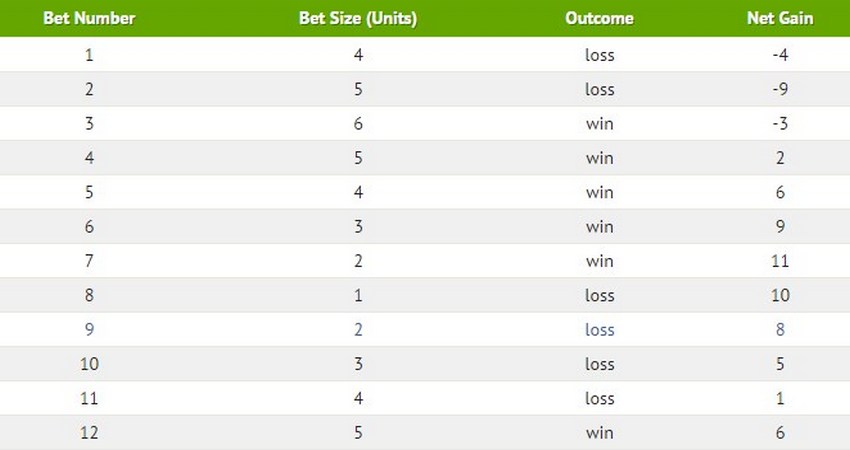 When using the D'Alembert system for roulette a player does not need to worry about reaching the table limit. However, that is not the case with the table minimum. The sequence we just saw features a greater series of wins and a low initial bet, which may lead to the betting process hitting the table minimum. Such an event would ruin the sequence. Fortunately, there is a way to avoid such a situation – to start with a larger initial bet. Let us see what the sequence will look like, if the initial bet is 10 units: 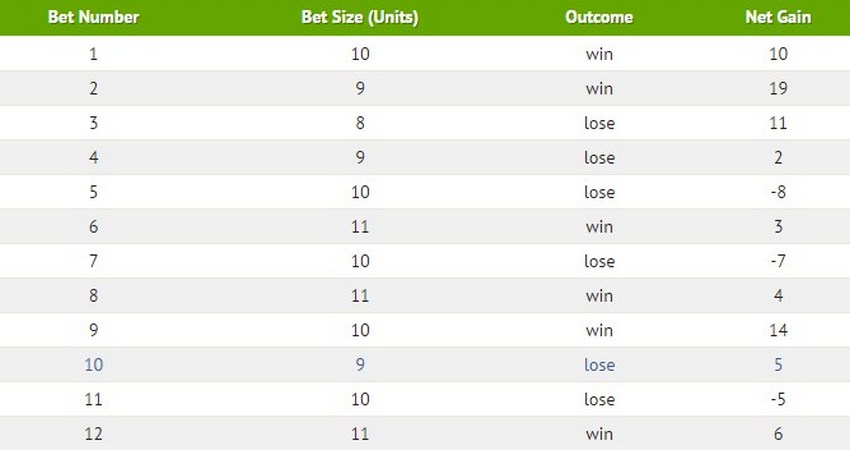 What undoubtedly catches the eye when looking at the three sequences is that in each one of them there have been six wins and six losses, which led to a net result (net gain) of 6 units. This is hardly coincidental! We have come to the very circumstance, which makes the D’Alembert System so appealing, the very circumstance due to which the system is regarded as being a classic. Whenever the number of wins is equal to the number of losses, the net gain will be equal to the number of wins.

The D'Alembert system for roulette can be used in a more expansive manner. In case a player increases the bet change to 2 units instead of 1, his/her net result (net gain) will be doubled. Let us take a look at the third sequence, while taking into account a bet variation of 2 units and an initial bet of 10 units: 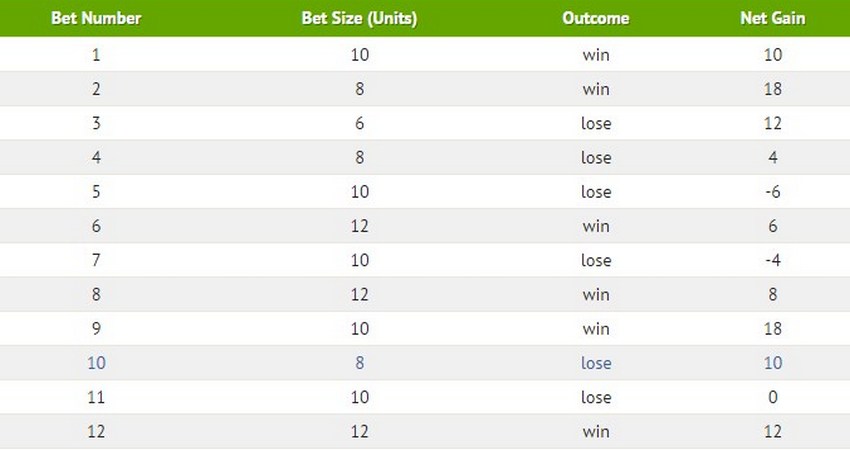 It is important to note that in reality, when playing roulette for a longer period of time, a player is likely to score a lesser number of wins than losses, placing even-money outside bets. If taking into consideration the double-zero wheel, on average there would be 18 wins and 20 losses for every 38 ball spins. If taking into consideration the single-zero wheel, with the application of the ”en prison” or ”le partage” rule, the D’Alembert System would perform reasonably well. It is the reason why this system is widely used at casinos throughout Europe.

This variation of the D’ Alembert system is also known as “contra-Alembert”. It was invented by those players, who failed to achieve consistent gains using the regular betting system in roulette. According to their logic, by reversing the rules of the system, they would find themselves in the position of the house and not in that of the player.

Regardless of its imperfections, this system has gained a certain popularity among real money casino players.

Play for D'Alembert system for roulette you can in these online casinos: Bovada Casino, Ignition Casino, Red Stag casino.