In "Real Steel" human boxers have been replaced by robots. And it's impressive. Betting on robots accompany the whole movie. But other than money, the film shows friendship, love, relationships between children and parents. In general, the film is worth watching. In the main roll Hugh Jackman, whom everyone knows as Wolverine from the movie X-MEN.

Hugh Jackman stars as Charlie Kenton, a former boxer who is now hanging onto the fringes of the fight game as the owner-operator of a ramshackle robot he tours with. It's no match for the competition, and when the desperate Charlie replaces it with another battered veteran, it can't even outfight a real bull.

Even during these early fight scenes, however, it's clear than the movements of the robots are superbly choreographed. "Real Steel," however, slows down the fight action enough so that we can actually perceive it, and the boxing makes sense.

In this world, robots do the work that human boxers used to do. 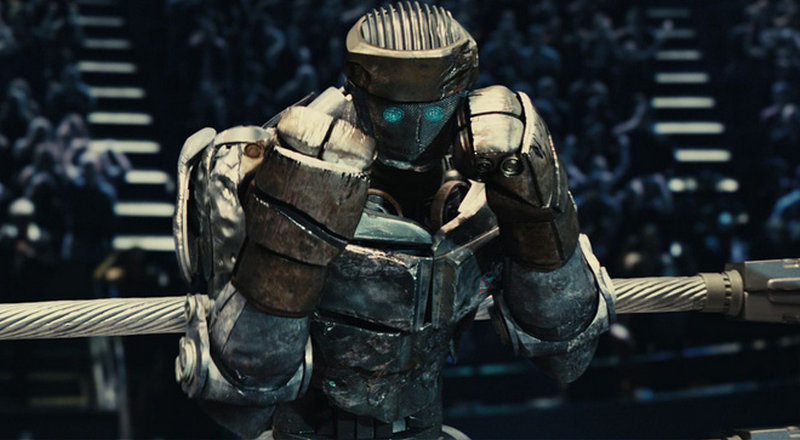 Drama enters in the person of Charlie's son, Max Kenton (Dakota Goyo), a smart, resilient pre-teen who, like all kids, seems to have been genetically programmed to understand computers, video games and all allied fields. Charlie is a very bad absent father, and as played by Hugh Jackman, he is actually mean toward his boy. Charlie's sister (Hope Davis) and her husband (James Rebhorn) plan to adopt the boy, but in a complicated arrangement, Charlie first has to take care of Max for a summer. 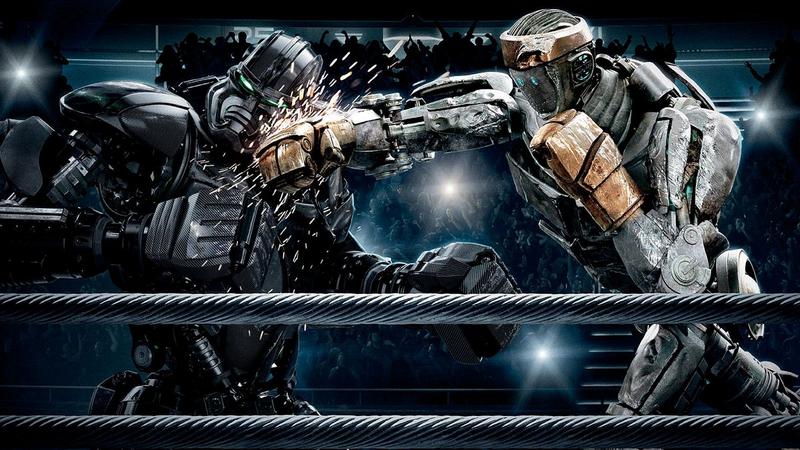 This Max is some kid. He loves robots. During a scouting expedition in a 'bot junk yard, he comes upon an ancient training robot named Atom literally covered in mud and convinces his dad this relic still has fighting potential.

"Real Steel" is a real movie. It has characters, it matters who they are, it makes sense of its action, it has a compelling plot.