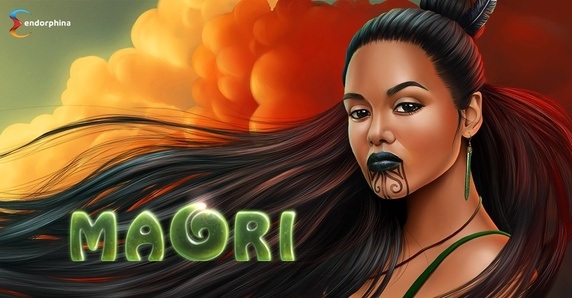 Popular Czech online games developer, Endorphina proudly announced the launch of its newest Maori online slot. Following a successful release of the new Voodoo slot, Endorphina continues its series of the non-Christmas themed slots launched before the end of the year.

The next game added to the broad portfolio of Endorphina’s slots is a Polynesian-themed online slot MAORI. The new Maori online slot is celebrating the traditional inhabitants of the New Zealand. The Maori people are known for their rich mythology, unique crafts and shows. The inhabitants of New Zealand developed their culture during the centuries and they made it in a complete isolation.

This Maori ethnic group inspired Endorphina’s team and the result of it is a visually impressive slot. The new game features full 3-D modeled characters in HD format which allow great immersion into the game and the culture of the group.

The slot is to provide players with unlimited free games and a great opportunity for winning big. The game is available at casinos from 26 December 2016.

“We believe that December is a magic time of the year and that’s why we prepared not only one but two new game releases for our dear players. After a successful release of the Voodoo slot, here comes a new one, just in the time of opening the last presents under the Christmas tree.

We are proud to introduce the Maori slot that enables you to meet some of Maori people who originated with settlers from eastern Polynesia and arrived in New Zealand in canoe voyages many centuries ago.

This interesting ethnic group inspired the creative team and the result is visually mastered slot that features full 3D modeled characters in HD that allows great immersion into the game and the culture of the people.”