Left for dead, but still thriving:
Looking back on moments that shaped bitcoin’s 2016 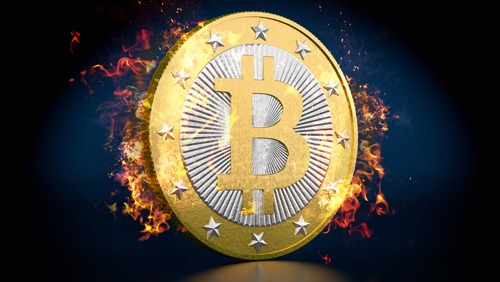 During the close of 2015, an Ivy League professor pronounced bitcoin dead. And yet here we are today. Despite the bumps, the popular digital currency has never looked stronger—reaching its all-time high market cap and outperforming other currencies and assets in 2016.

So before the year ends, let’s review the moments that shaped bitcoin’s 2016.

Up, up and away

Many Nobel prize winning economists and university professors have spent their 2016 declaring bitcoin dead, but the digital currency continues to prove them wrong. In May, bitcoin broke its August 2014 record when it hit the $500 sweet spot. And that, apparently, was just the start.

Several weeks later, a scheduled shrink in supply caused the a buying frenzy, and resulted in bitcoin surging past $680—its highest since September 2014, when the cryptocurrency went on a free fall from more than $1,000 per single bitcoin. A market uncertainty caused by a meeting between miners and bitcoin core developers resulted in a slight drop in bitcoin’s price, but the digital currency has since recovered and rallied into the fourth quarter of 2016. On Wednesday, bitcoin’s price struck a high $936.42 on the Bitstamp Price Index (BPI), with a market capitalization of $15 billion.

For 2017, analysts expect the cryptocurrency to ramp up 165 percent and jump past $2,000 price point courtesy of U.S. President-elect Donald Trump’s impending “spending binge.”Kim Dotcom also predicted a $2,000 price high for bitcoin, which he claimed will be caused by his Megaupload 2 and Bitcache projects.

In his 2015 Washington Post article, Ivy League professor VivekWadhwasaid bitcoin would not be able to attract mainstream users, much less overtake the conventional financial industry because it was unregulated and provided anonymity. This year, however, saw bitcoin boomed in popularity in many countries.

Japan leads the pack when it comes to digital currency adoption. In May, the Japanese Diet approved a bill that regulates digital currency exchanges in the country and the ruling Liberal Democratic Party has also tabled a plan that will drop the 8 percent sales tax for bitcoin purchases. The recent developments in Japan’s crytopcurrency landscape were part of the government’s attempt to foster bitcoin usage and blockchain development in the country—two years after it saw the now infamous Mt. Gox exchange implode within its borders. Japan even went as far betting on the glitz and glamour of television to help shed its infamous image.

China, whose government has imposed impractical financial regulations to prevent the devaluation of its currency, has also started seeing the benefits of digital currency. China, where majority of trading occurs, recently also saw an increase in demand for bitcoin as the pressure on the Chinese yuan weakens.

India and Venezuela, on the other hand, have experienced one of their worst years in recent history. The International Monetary Fund predicted that Venezuela’s inflation rate would soar 1,640 percent in 2017, while India’s government recently demonetized two currency notes. Both circumstances could boost bitcoin adoption since as we all know, bitcoin is considered a “safe haven” asset—one that “benefits in times of macroeconomic uncertainty in which its strengths as an investment vehicle whose value is derived solely from a global market are best on display.”

Meanwhile, even tech giant Apple is warming up to digital currency. The Cupertino-based hardware major has finally allowedblockchain based payments applications to be integrated with iMessage in the upcoming iOS 10 update.One of the first third party apps to be included in Apple’s new iPhone 7 is Circle, a peer-to-peer payments technology that uses not only fiat currencies but also bitcoin as its payments rail.

Of course, the year wouldn’t be complete without bitcoin experiencing some road bumps. In January, long-time bitcoin supporter and developer Mike Hearn walked away from bitcoin, citing internal politics as the reason why he lost faith in the popular digital currency and its community. In February, a U.S. district judge ruled that bitcoins are “intangible properties,” at least for the purposes of a bankruptcy case in California.

Meanwhile, the U.S. Internal Revenue Service has received the go signal from a California court to require bitcoin wallet service Coinbase to submit records of all transactions that took place from 2013 to 2015 as part of the agency’s investigation into possible tax fraud committed by U.S. residents who engaged in business with or through the California-based virtual currency exchange. That push has received a push-back from a bitcoin user, who argued that the John Doe summons “would constitute an abuse of process.”

Digital currency exchanges were also no stranger to cyber attacks this year. In May, Hong Kong-based digital currency exchange Gatecoin was forced to shut down its service and ports after discovering a potential leak on its hot wallets. The incident resulted in the company losing an estimated $2.14 million worth of ethers and bitcoins. Several weeks later, bitcoin wallet service BitGo fell victim to another distributed denial of service (DDoS) attack. And just recently, European bitcoin and altcoin exchange BTC-e confirmed that it was taken down by a DDoS attack.