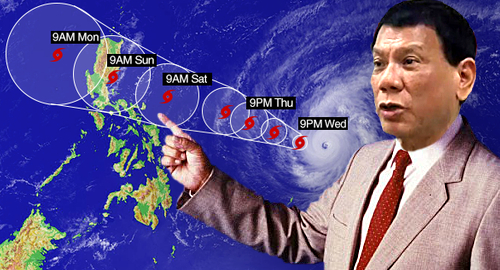 The Philippines, home to most of the Asian-facing online gambling industry, underwent a dramatic upheaval midway through the year when newly elected President Rodrigo Duterte used his first cabinet meeting to declare that “online gambling must stop.”

Duterte said his objective was to reduce gambling’s impact on Philippine society, and thus the first blow fell against operators of the electronic gambling parlors that are accessible by local residents.

One month after Duterte’s pronouncement, eGames technology provider PhilWeb was forced to wind up operations after the Philippine Amusement and Gaming Corporation (PAGCOR) declined to renew the company’s license. However, the 5k employees that were thrown out of work found reason for hope after Duterte suggested PhilWeb’s operations could resume subject to certain conditions.

Since the international online gambling sites licensed by the Cagayan Economic Zone Authority (CEZA) didn’t take action from Filipino citizens, they believed it was business as usual. But PAGCOR announced in September that all online gambling operators must apply for new Philippine Offshore Gambling Operator (POGO) licenses. The first 35 POGO licenses were issued in December.

The new get-tough policy on online gambling also featured numerous busts of illegal operators, culminating with the arrest of 1,316 Chinese nationals working without permits for an online operation run out of Jack Lam’s Fontana Casino in the Clark Freeport.

The Lam affair came to dominate December’s headlines after he was accused of attempting to bribe Philippine officials, including the boss of PAGCOR, to allow the continued operation of his unauthorized online business while his POGO license was pending.

Lam, who fled the country shortly before Duterte ordered his arrest, was told he could resume his operations if he pays back taxes and submits to PAGCOR’s authority, but Duterte later ordered his gaming properties seized for non-payment of taxes.

In the past week, Duterte flipped the script again, repeating his earlier pledge that all online gambling had to go. While his latest speech has been interpreted as no threat to the new POGO regime, the only certain thing is that no one but Duterte truly knows what the future holds for the nation’s online industry.