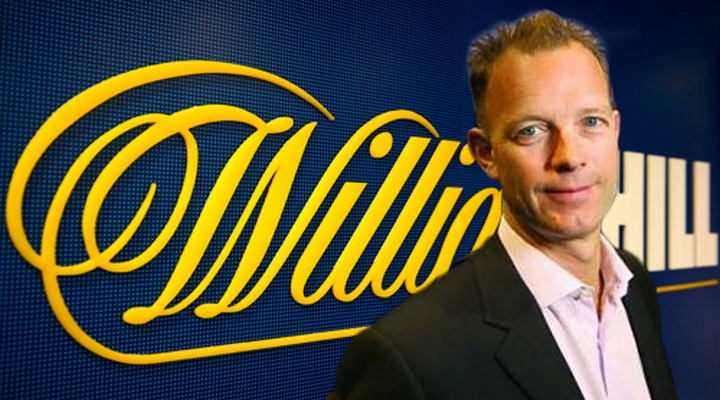 According to the Financial Times, William Hill is set to announce Bowcock’s appointment “as early as Friday,” when the bookmaker is due to report its full-year results for 2016. Bowcock, the company’s chief financial officer, took over the CEO role on an interim basis after James Henderson resigned from the position in July.

Sources familiar with the matter, however, noted that the decision to promote Bowcock “is unlikely to end” the turmoil at the London-listed company as some board members as well as the company’s largest shareholder, Parvus Asset Management, remain doubtful about Bowcock’s “suitability for the role.”

Bowcock, who served as chief financial officer at Cineworld before joining William Hill in 2015, can be considered a greenhorn in the gambling industry. However, a senior company executive told the news outlet that Bowcock is a “clear ‘favorite’ for the job.”

In 2016, William Hill Chairman Gareth Davis said Bowcock “has a clear set of priorities as interim chief executive, principally the continued turnaround of the online business.”

If confirmed, Bowcock’s appointment will mark the end of the tumultuous nine-month search for the bookmaker, which has reportedly been rebuffed by several potential candidates who were concerned with “their ability to work with the existing leadership.”

The external candidates also expressed their concern over a possible disruption from regulatory changes as well as the challenge of building a significant online presence for the bookmaker, according to the report.

William Hill continues to face an increase in competition from its rivals, which have joined forces to gain strength in a market hit by higher taxes and harsher regulation—Betfair and Paddy Power agreed to merge in 2015, while Ladbrokes and Gala Coral completed their merger last year, and online gambling company GVC has bought its rival Bwin.party.

The bookmaker forecasted early this year that its unaudited full year 2016 operating profit would likely come in around £260m, at the bottom end of its previously forecasted range of £260m-280m. The profit warning was the third Hills has issued in the past 12 months and the 2016 estimate is over £30m less than the company took home in 2015.

Bowcock said the punter-friendly results had shaved £20m off its 2016 forecast, but he stressed that “the improvements we saw in wagering in Online and Australia in the second half have continued in recent weeks.” With “key underlying trends continuing to be positive,” Bowcock insisted that the punter-friendly December results “have not changed our confidence in a better performance in 2017.”