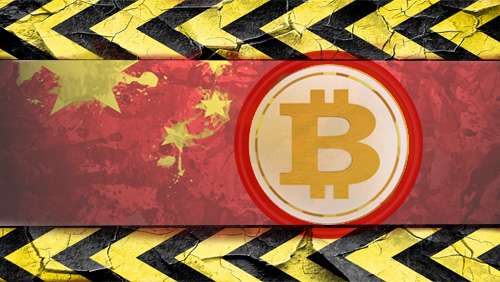 Huobi and OKCoin announced last Thursday that it is completely stopping bitcoin and litecoin withdrawals for one month, effective immediately. In a post, the two Chinese digital currency exchanges said halting the withdrawal feature was part of the decision to improve their anti-money laundering capabilities and prevent “illegal transactions.”

OKCoin said only its OKCoin.cn portal is affected by the suspension.

During the one-month period, OKCoin and Huobi would go through an “upgrade” to fight “money laundering, exchange, pyramid schemes and other illegal activities.” BTC China also announced that it is subjecting all bitcoin withdrawals to a 72-hour review as it upgrades its internal systems.

The announcement is the latest in the string of changes that the so-called China’s “Big 3” bitcoin exchanges have implemented since catching the ire of the People’s Bank of China (PBoC) early this year.

In January, PBoC investigators discovered “irregularities” in the operations of the three companies, including offering a loan feature called margin trade, which the central bank said not only violates the country’s rules but has also caused bitcoin’s recent volatility. BTC China was also found to have been offering loans, which the central bank said is beyond the scope of its business as a bitcoin exchange.

The crackdown prompted Huobi, OKCoin and BTC China to officially begin charging 0.2 percent trading fees per transaction to all of their users, triggering a decline in volume at these three exchanges.

“If the exchanges violated the above requirements, and if the circumstances were serious, the inspection team may ask the relevant departments to close down the exchanges according to law,” the central bank said in a statement.

The price of bitcoin dropped to $969.08 early Friday morning after the Chinese exchanges halted withdrawals.