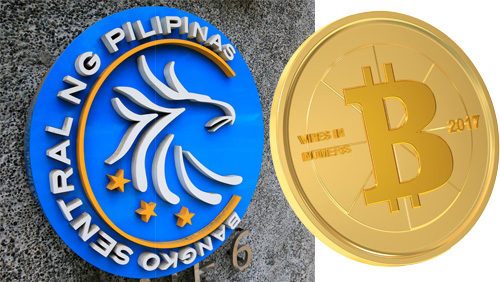 Months after signalling its intention to regulate cryptocurrency in the Philippines, the Bangko Sentral ng Pilipinas (BSP) has finally released the new guidelines for bitcoin exchanges operating in the country.

Central bank rolls out new rules for Philippine bitcoin exchangesUnder the BSP Circular No. 944, signed last Monday, businesses that convert real money like Philippine peso to virtual currencies like bitcoin, and vice versa, will “soon be required to register and report to the central bank.”

“The Bangko Sentral recognizes that virtual currency (VC) systems have the potential to revolutionize delivery of financial services, particularly for payments and remittance, in view of their ability to provide faster and more economical transfer of funds, both domestic and international, and may further support financial inclusion,” stated the circular.

BSP, the sole authority that can issue money in the Philippines, has yet to regulate cryptocurrency. But the growing number of bitcoin remittances in the country has caused the central bank to become “concerned with potential money laundering and consumer protection.

In December, BSP deputy governor Nestor Espenilla confirmed that they have been studying the possibility of putting virtual currency operators “under a more formal regulatory framework.”

In a recent interview with Manila-based reporters, Espenilla said the central bank cannot regulate “the creators of bitcoin” since “they are all over the world.” Instead, they will regulate “the exchanges where the bitcoins or virtual currencies are exchanged for real money—the intersection between the virtual world and real world, that’s what we are looking after.”

BSP’s new guidelines cover “any digital unit used as a medium of exchange or electronically stored value” that are outside the scope of e-money, which is already under the central bank’s watch. Under the rules, digital currency exchanges will now need to secure a certificate of registration from the central bank and will be required to adopt internal controls on risk management as well as cybersecurity measures that will reduce the risks of malware or hacking.

Virtual currency exchanges must also submit quarterly reports on transaction volumes as well as annual financial statements. According to BSP, those who will not meet the requirements will face fines and get their permits cancelled.

Popular digital currency bitcoin made another record this week, when its price rose to as high as $1,070 early Wednesday morning on the Bitstamp exchange—its highest since Jan. 5.