Types of Baccarat: Basic Rules of the Casino Game

Baccarat is one of most popular table games which can be found in any casino of the world and in the most online casinos. Since this game has evolved on different continents and in different countries over time it acquired several species of the game. Consider the most popular types of baccarat. 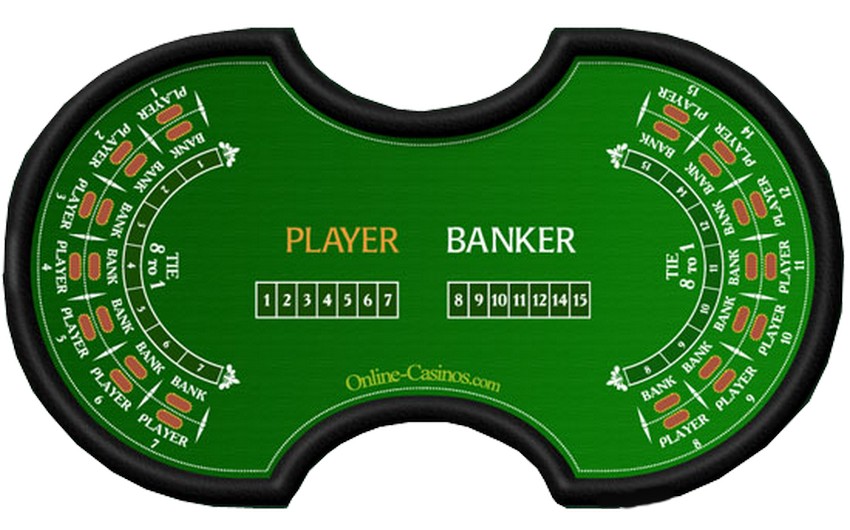 This game is known in England as "Baccara Banque" or just "Baccara" and in France as "Baccara a deux tableaux" - Baccara with two tables. The rules of the game baccarat were described by Seymour in an 1897 Hoyle and were definitive at the time although different Casinos will have different house variations of the rules. The reason for the name is that the non-banking players are split into two halves - one half being the players to the right of the banker and the others those to the left. For each deal a representative is chosen from each half to play against the banker. To begin with these are the players either side of the banker but when a player loses, the privilege passes to the next player along and so on until all on that side of the table have played and the representative duties return to the player next to the banker again.

Players usually bid to decide who is going to provide the bank and the bank is held for the duration of the cards in the shoe or until the banker chooses to relinquish it (whether due to bankruptcy or otherwise). To start, the banker places the amount to be played for on the table and each player in turn has the right to say "Banco", and thus challenge the banker to play one-on-one for everything he has staked in one go.

To the left is shown the table for Baccarat with two tables. The central betting areas allow spectators to place a bet.

If there is no Banco, each side of the table contributes stakes to the amount of the banker's stake and the banker then deals two cards to himself, and to the two representatives. If any of the banker or players have a total of 8 or 9, it must be shown at once and the two other hands are also then shown and bets are paid accordingly.

Otherwise, each of the three is given a chance to take a third class face down starting with the player to the banker's right and ending with the banker. If neither player accepts a third card, then the banker must take a third card. Any third card is dealt face up and then all hands are shown and bets paid accordingly. If player and bank have the same total, it is a stand-off and no money is exchanged.

In France, this version of the game is called Baccara a un tableau (Baccara with one table) but in the US/UK it is generally just called "Chemin de Fer". Seymour mentioned this as a variation of Baccarat, the implication being that the double-table game came first.

This version of Baccarat differs in two main ways to that of Baccarat a deaux tableaux. Firstly, for each deal unless someone goes "Banco", the banker plays only against the player to the banker's right and the banker pays or is paid by all the players. Secondly, the bank changes hands much more regularly when the dealer loses a coup, passing to the player on the banker's left. 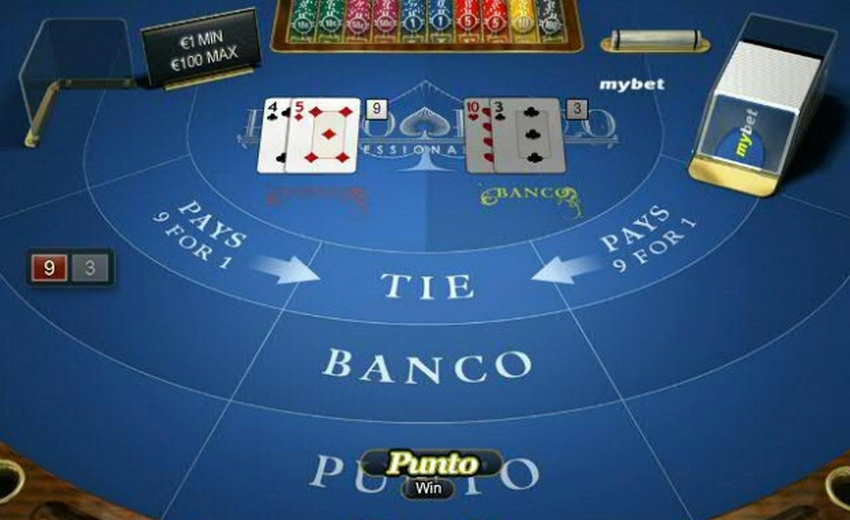 This version of Baccarat is originally from Latin-America where it spread via Cuba to become the most popular form of the game played in the USA. So as to utterly confuse everyone in the rest of the world, Americans often refer to it as "Baccarat-Chemin de Fer".

The Mini Baccarat is played under the same rules as classic Baccarat, but gives players the opportunity to play the game with the lower betting limits in the much more relaxed atmosphere - you can dress as casual as you like. 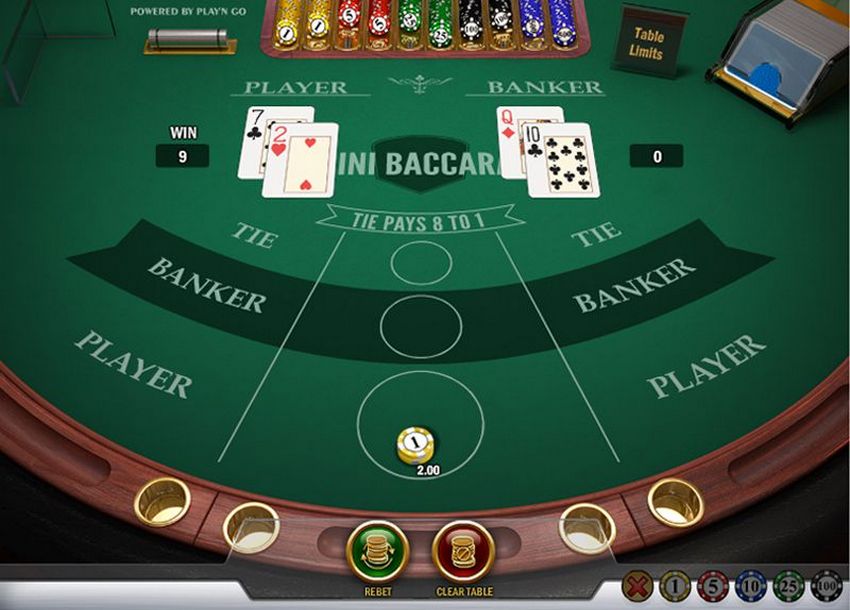 The Mini Baccarat table is smaller than the one used in classic baccarat. You can play mini Baccarat  almost all real money casino. Many online casinos offer play to Baccarat with live dealers in the live casino. Baccarat has the size of the Blackjack table with seven places for players.

Each player has three betting areas in front of him corresponding to his seat.

A central position of the croupier allows him to reach all areas on the table. In the classic game of Baccarat the deal rotates among the players. In the Mini Baccarat the rituals of passing the shoe are missing and the dealer is always the Banker and the Players never touch the cards.

How to play mini Baccarat

The rules of mini baccarat is not realy different from playing the bigger version of baccarat.

Players make bets according to the rules of Baccarat betting system:

On the winning "Banker" hand Croupier pays 1 to 1 and makes notes of the commission that the players owe, which is collected when the player leaves the table.

Mini Baccarat is very common now in traditional casinos, and is also the form of baccarat offered by online casinos.

The game is very similar in play and again the main difference surrounds the bank which in this version is always held by the house or casino. Each deal pits the banker's hand against the player's hand - and players simply decide whether to bet on one or the other. The person who bets the most for the player's hand gets dealt the cards and plays them but from a betting point of view this person is no different to any of the other players who bet on the player's hand. The shoe of cards does still pass from player to player but this person is strictly a dealer only and doesn't bankroll the betting. The live casino dealer is otherwise no different to any of the other players and may bet on either the player's hand or the dealer's hand, too.